It appears to be the season of Chrome OS laptops, as even Lenovo launched a few education-focused Chromebook laptops on Tuesday. At CES, HP had also announced two Chromebook laptops aimed at the business and education sector. Meanwhile, with the new Chromebook models and Chromebox, Acer promises more durability, a key feature of laptops used in classrooms.

In terms of connectivity, the laptop comes with Bluetooth 4.2 and 2×2 MIMO 802.11ac Wi-Fi. Interestingly, Acer says that some regions will also offer models with integrated 4G LTE.

Acer Chromebox CXI3
The Chromebox CXI3 is powered by an Apollo Lake 8th generation Intel processor. Connectivity options in the device include a USB 3.1 Type-C port, five USB Type-A ports supporting USB 3.1 and USB 2.0 depending on the model. Launch details are unavailable as of now, though it will be targeted at computer labs and libraries, Acer says. 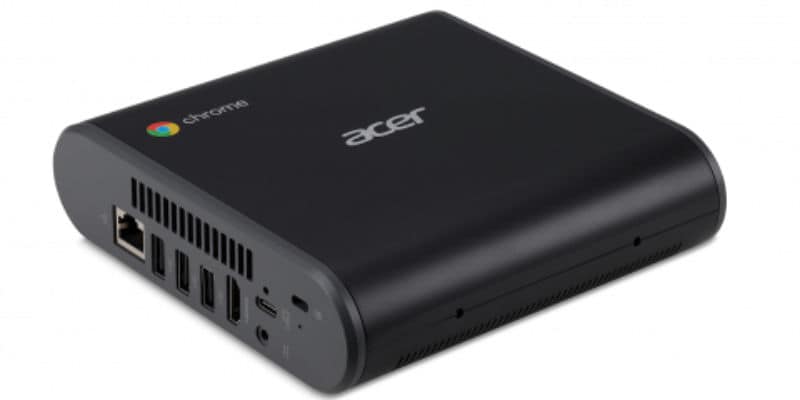